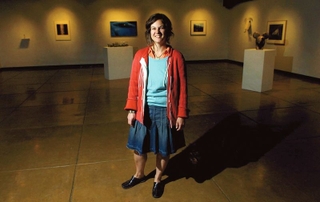 Since 1999, Marjorie (Marji) Vecchio curated over 40 exhibitions, worked with 250 artists, published numerous authors in catalogues and brochures, and commissioned many professional and emerging print designers. She developed solo, two-­person, group and large survey exhibitions based on a variety of subjects, themes and formal concerns, as well as designed residencies for filmmakers, scholars and artists alike. Recently, her curatorial practice extended into another form: in 2014 she published her first book, The Films of Claire Denis: Intimacy on the Border (IB Tauris: London - International Library of the Moving Image). With Denis's assistance, it is the first large‐scale edited book in any language about the prominent filmmaker and includes fifteen new essays on her work by international scholars and philosophers, including Jean‐Luc Nancy, Martine Beugnet, and filmmaker Kirsten Johnson, as well as a Foreward by filmmaker Wim Wenders. There are over 25 images and a section of new interviews with Denis, as well as with her regular collaborators such as composers, musicians, actors and her film editor. The book was one of ten finalists for the international Kraszna-Krausz Book Award 2015, and thus far received five glowing reviews from the American Library Association, Cultural Politics Journal, The Brooklyn Rail, Women in French Studies, and an Oxford University Press publication, French Studies: A Quarterly Review.

From 2006 - 2012 Vecchio was Director and Curator for Sheppard Fine Arts Gallery, University of Nevada, Reno (UNR); she also taught MFA, BFA and BA students. While at UNR she developed a large Gallery Team of employed and interning undergraduate and graduate students to train them in gallery management and curatorial ethics, as well as to help bring such diverse gallery programming into fruition and introduce young people to successful artists of all ages, career levels and artistic styles. Before becoming a curator, Vecchio was an exhibiting artist of large-­scale abstract photographic work for 12 years, as well as President of Artemisia Gallery and photography faculty for eight years between Wright College (Chicago) and the Evanston Art Center (Evanston, IL). Recent achievements include being selected from over 200 international applicants of artists, art historians and curators for the inaugural semester-­long Scholar-­in-Residence at Columbus State University in Georgia, which included a $27,000 award, and earned an artist residency at Caldera in Oregon. She has a BA from Mount Holyoke College in European Literature, Music and Art from 1600-1800, a BFA from The School of the Art Institute of Chicago in Art, a MFA from Bard College in Photography, and a PhD from Switzerland's European Graduate School in Philosophy of Communications Media. Vecchio is an avid rock climber and cross-country skier. 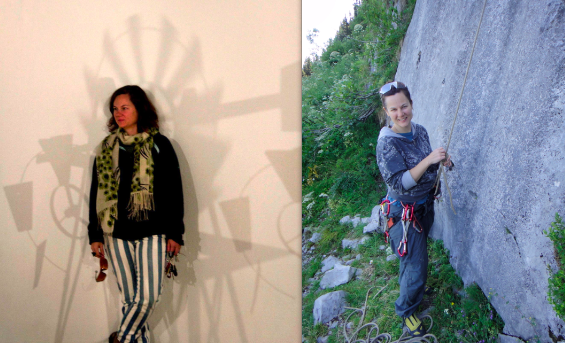 All images and text are copyright for each artist and author unless otherwise indicated.